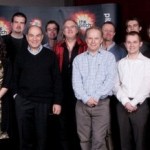 Here’s a news article from the Kentish Gazette newspaper about the Enter the Pitch competition:

“An amateur animator from Canterbury has been highly commended for his entry in a high-profile film competition.

David Hutter, 26, who lives in Wincheap, made it to the final 10 of new national film competion ‘Enter the Pitch’ after the public voted in favour of his animation, entitled ‘Strawinsky and the City of Prisoners’.

The brief for the competition was to create a short film based around a verse or theme from the Bible, something David is already engaged in through his spare-time project, Hope Animation.

He hopes one day to be able to work in animation full-time.

“I’d most like to make something like the classic Walt Disney films like Snow White and The Little Mermaid, where the focus was on the story and the songs rather than just what the technology,” he said.

David, who is originally from Germany, came to the UK seven years ago as a Christian Youth worker. He attended Canterbury Christ Church University and now lives and works in Canterbury.

“I studied Business and Marketing at Christ Church but used a lot of my free time at uni to teach myself the media, design and animation skills,” he said.

Although David did not win the competition, he was praised by the judges for his ideas.

“David showed real talent, clarity and competency and did very well. He was highly commended by the panel, which included Poirot actor David Suchet and animator Nick Park,” said Luke Walton, director of the competition.

See David’s video at the Enter the Pitch website.”

Next to working as a e-learning consultant, programmer and designer, David is currently working on his first animation “Strawinsky and the mysterious house” that should be ready for release mid 2010. In the meantime, he is also the administrator and main contact for this website and Hope Animation in general. 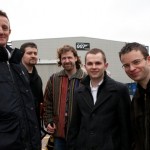 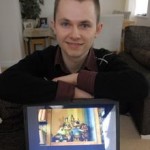 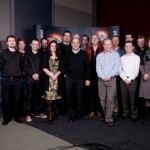