It’s been a long time since our last update and a lot of things have happened here. Work on new Christian animations for children has unfortunately stopped for a little while but quite a few other exciting opportunities have opened since.

Animations for missionaries working with Muslims

In spring 2014 we were approached by missionaries from the Southern Baptist International Missions Board that work among Muslims in countries that are still very much closed to the Gospel. We were asked whether we could help create a series of 5-10 minute animations that can be used for evangelism and discipleship among Muslims, are visually engaging and can be easily shared and translated into more than 20 different languages. 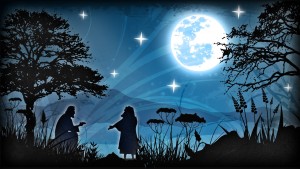 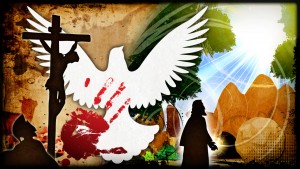 All of the illustrations of Jesus, Abraham and other characters had to be silhouettes as it’s very offensive for Muslims to show the face of a prophet. In addition, the animations had to be culturally sensitive in terms of clothing, depictions of women, references to Judaism and the portrayal of God, heaven and other Christian symbolism. For example, it was very important to keep the use of a cross to a minimum and use it only as part of the story telling about the death and resurrection of Jesus Christ. 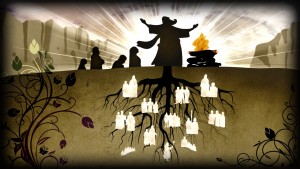 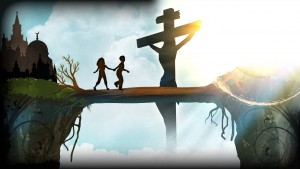 It’s been really challenging to illustrate the very difficult concepts within the script and come up with a consistent look and style. Therefore, most of my time for the second half of the year was taken up by creating the pilot episode, “The promise of eternal life”.

The animation is currently being translated into the first few languages and tested by missionaries in those countries. Depending on their feedback we might need to make a few additional changes to the illustrations but will hopefully be able to officially release the first episode very soon. We’ll let you know as soon as it’s available!

Scott Cawthon has taken a break from creating Christian videos and games for a while. He’s been developing Christian productions for many years but felt led to produce some games for the mainstream market in the meantime.

We’ve been tremendously blessed by his work and animations and are really excited to see that his latest two games, “Five nights at Freddy’s 1+2” have become massive online hits and have been in the iTunes Top 10 paid downloads for many weeks now. Here are the links to the trailers:


I appreciate that some Christians might object to the “Five nights at Freddy’s” story idea. The games however are very harmless compared to what is generally played by the majority of gamers out there. In addition, the success of his new games meant that lots of Non-Christians also came across his other productions (such as Pilgrim’s Progress) and heard about the Gospel that way.

I really recommend the following interview with Scott Cawthon about his projects and experience as Christian film maker and game developer: http://www.geeksundergrace.com/gaming/developer-spotlight-scott-cawthon/

Superbook is still going strong. So far, a total of 28 episodes have already been released and I very much recommend the series to anyone with children at home and in their church.

There are currently no other Christian animations out there that get close to the level of quality in terms of animation, accuracy and story telling. 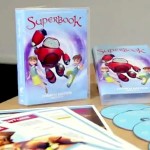 Last year we had the opportunity to help create a trailer for the Superbook Church edition at our church. You can watch it here: http://hopeanimation.com/video/superbook-season-1/.

I appreciate that the episodes are currently still a lot more expensive than what you normally pay for the average Disney film at your local supermarket. However, compared to Hollywood productions this series has a tremendous eternal impact on future generations of children around the world.

I really encourage you to prayerfully consider using part of your financial giving to God (be it tithing, additional giving, etc.) to purchase DVD sets of Superbook and give it away as presents to your church, children, grandchildren and other families you know.

Making animations is really expensive and difficult. Recouping the costs of these productions is probably equally (if not more) challenging. Your purchases therefore can make the difference for whether there will be a few dozen episodes of Superbook or whether the full series of 104 episodes will be realised!

Finally, I really would like to recommend the free online film “Noah and the last days” by Living Waters (Ray Comfort) to you. It’s available at www.NoahTheMovie.com and was released at the same time as the very anti-biblical “Noah” Hollywood movie last year.

It’s both entertaining and very challenging to both Christians and Non-Christians. It has already reached nearly 2 million people with a very clear Gospel presentation since its launch and is a fantastic resource for evangelism or sharing on via social media.

Other similar films by Living Waters include “Evolution vs God”, “Genius” and “180”.

That’s the latest news from us. We very much appreciate your support and prayers!

We still offer a lot of our animations in our web store (http://www.hopeanimation.com/shop) at very low prices with only limited stock left for many of the titles.

I expect that we’ll offer many of our productions as digital downloads in future rather than posting parcels around the world. So make sure you get your DVDs before we run out of stock!

PS: Please share our site with your friends as we very much rely on word of mouth to spread the news about our animations and projects.