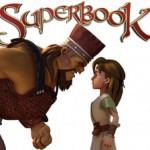 Read about the new series that is developed by CBN. 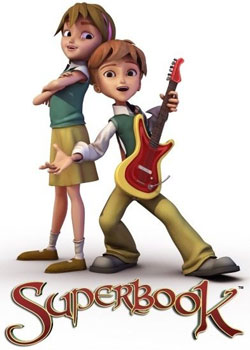 In 1981, the Christian Broadcasting Network created a children’s animated Bible series as part of an outreach to the nation of Japan. Little did we realize what impact the series would have in Japan and throughout the world.

Superbook, also known as Animated Parent and Child Theater, Anime Oyako Gekijo), is an anime television series produced by Tatsunoko Productions in Japan in conjunction with the Christian Broadcasting Network in the United States.

Over 8 million people a night watched Superbook on Japanese prime-time television, 104 episodes were produced and aired on television throughout Japan, and the Bible became the best selling book in Japan.

From Japan, the Superbook series went on to air throughout the world from Asia to North America. By 1989, in the midst of economic and political turmoil, Superbook began broadcasting in the Soviet Union to astounding results.

Superbook aired during prime-time on the Soviet National Channel. CBN received over 6 million letters from children, introducing a whole generation to the Bible. Even today the Superbook Kids Club is one of the highest rated live action children’s programs in Ukraine.

Since first airing in Japan, the Superbook series has now been broadcasted in over 106 countries, translated into 43 languages and has been viewed by over a half billion people.

But, because of today’s new storytelling technology, the original series is losing appeal with this media savvy generation. To solve this problem, CBN is now producing a re-imagined, 3D animated version of Superbook. The pilot episode is the story of David and Goliath. 13 episodes are being produced for worldwide broadcast. 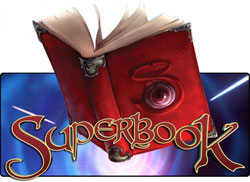 “Based on the classic CBN mega-hit cartoon, a new Superbook series is being produced that features amazing Bible stories brought to life using state-of-the-art animation. You’ll be able to join Chris, Joy and Gizmo on their exciting travels through time as they learn that the stories of the Bible are as relevant to kids today as they were when they happened thousands of years ago.”