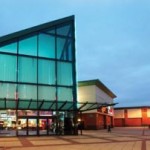 As many of you might already know, I’ve been creating a Christian animated movie for the last few years in my spare time. I’m very excited that it’s all finished now and wanted to invite you to the premiere screening of the animation!

The movie premiere (including red carpet!) takes place on Tuesday, 4th December 2012 at the Deluxe Screen of Cineworld Ashford. There are a limited amount of seats available for both showings at 6.15pm and 7.15pm. The Deluxe Screen also includes a bar area that will be open between 6pm and 8pm for the pre- and after show party. You are welcome to bring children along to the premiere. The running time of the film is 30 minutes.

The animation is called “Strawinsky and the mysterious house”. It’s based on some of the parables of Jesus, but is more like an allegory (similar to the Narnia stories by C.S.Lewis) rather than a straight-forward Sunday-school-type presentation. It also includes six songs similar to Disney animated musicals where songs are part of the story-telling. The message of the story is actually quite grown-up, so that there’s hopefully something for all age-groups in the movie!The animation itself is about four talking animals that discover a hidden mansion in the middle of a secret forest. They start exploring the house and encounter strange inhabitants such as a depressed cello, a manic troll and an overweight creature that is addicted to the books in its basement. As Strawinsky – the hero of the story – tries to solve the mysteries surrounding the house, his friends get trapped in the underground library. It’s up to Strawinsky to find a way to break the dark spell and help his friends to escape from the evil lurking within the mysterious house.

Please let me know if you would like to attend the premiere. Entry is free but by ticket only. We’ll also have copies of the animation available for sale at a reduced price. Places are going fast so please book your seat now before both showings are filled up.

My main motivation for creating this animation has always been evangelism which is why I’ve created the Hope Animation website a few years ago.

As it’s really hard to get a lot of clear teaching and preaching into a movie whilst still keeping the story engaging (and without turning the film into a sermon), I’ve created a little 32 page booklet that explains a lot of the background and message of the movie. Printed copies of it will be available for free at the movie premiere. A free booklet is also included with  every order of the Strawinsky DVD!

PS: As there are limited seats in a cinema, I’d need to know asap if you, your family or any of your friends want to attend one of the screenings. That way I can easily plan ahead and make sure there will be enough seats for everyone… Many thanks! 🙂