Who is the Scarlet Queen? More games by Scott Cawthon 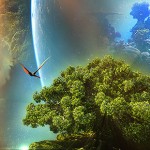 Evolution – a fairy tale for grown-ups?

It must have been very difficult to rationally defend the Christian world-view of creation during our parents and grandparents generation. Evolution was heralded as an establish fact that was not open for negotiation. During the last two decades however massive advances in science, philosophy and media have enabled Christians to make a strong scientific, rational and logical argument against Darwinian evolution.

I’ve completed my secondary education and international baccalaureate (a-levels) at a Humanistic grammar school in Bavaria, Germany. Its foundation (i.e. humanism) was that individual thought and evidence (rationalism, empiricism) is very important and should be preferred to established doctrine of faith. Consequently, Darwinian evolution was repeatedly taught as established fact and often made it very hard for me to be a Christian in an environment that constantly challenged my world view and beliefs. 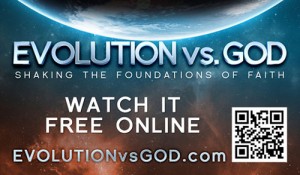 Whilst I don’t believe a lot of the things that I had to learn during that time, it most certainly helped me to view the world from a secular perspective. It taught me to not blindly believe things but look at the facts and evidence and come to my own conclusions. Consequently, this has led me on a long journey during which I’ve read dozens of books for and against evolution. I didn’t want to simply adopt the opinion of somebody else but decided to actively seek for my own answers regarding the validity of Darwinian evolution.

I’m now finding it highly fascinating to see how Darwin’s theory is gradually losing ground as an increasing amount of people are getting challenged in their belief in evolution.

For example, Evolution vs God – a film by Ray Comfort (Living Waters) is currently making a big impact around the world. During that film Ray Comfort interviews professors and students from the University of California about the surprising lack of evidence surrounding evolution. You can view the film at www.evolutionvsgod.com. 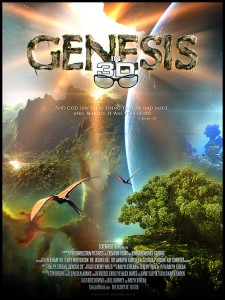 Another interesting project is “Genesis 3d” – a media project where Christian film makers aim to produce a high quality 3d animated movie about the first book of the Bible. They are currently raising funds to complete and launch the film. For more information visit their websites – www.genesismovie.com or www.indiegogo.com/projects/genesis-3d-movie.

Finally, another very interesting book that has just been released is “Darwin’s Doubt” by Stephen Meyer. A great and insightful summary can be found here – Darwinism and Materialism: They Sink or Swim Together.

Why does all of this matter? Well, if evolution is true then my life is a cosmic accident with no long-term meaning, no morals, no purpose and consequently no hope. I should just eat, drink and party as much as possible for soon I will die and perish forever.

If, however, there is a creator and we’ve been intelligently designed then it’s definitely in my interest to find out about his existence. Maybe he has left clues for us? Maybe he has already made his will very clear through his creation, our conscience and possibly his written Word?! After all, this could have eternal consequences for me and impact on how I should live my life.

5 Responses to “Evolution – a fairy tale for grown-ups?”