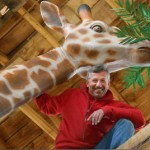 Read about a project in the Netherlands that aims to teach Bible stories to a new generation.

In 2005, a Dutch building contractor named Johan Huibers started to build a replica of Noah’s Ark with his own hands. The history of this Ark is very special.

Huibers: “In 1992 I had a dream where I dreamt that Holland disappeared in enormous masses of water, something like the Tsunami in South-East Asia. That sounds pretty rough of course.”

But Huibers is not expecting a new flood.

He sees it as his task to bring the Bible story back to people’s attention through the Ark replica.

“I want to let visitors visualize what the Ark looked like to bring the account closer to those who believe but also to those who don’t. Noah’s story speaks to them mostly because of the animals on board.

There are many realistic polyester animals! Children can view various films, visit the Bible story displays and follow the footprints of the elephant while searching for the answers on the questionaire.”

The investment in the Ark was about 100.000 Euro’s. Money that Johan loaned from the bank using some of his business halls as pledge. With the money that comes in from the entree fees part of the expences are paid off and other than that the money is used to build an Ark real size! That project started some months ago. More info: http://www.arkvannoach.com, http://dutcharktwo.wordpress.com/

Johan worked on this ark from 8am- 5pm, six days a week, assisted by his son Roy who came to help after school hours. In an interview Huibers said: “Hired hands could never work with the same “drive” on such a project. And besides, with my impulsive way of working I would drive co-workers crazy!”

On Saturdays volunteers helped doing all kinds of chores and just before the opening Johan hired his first staff. 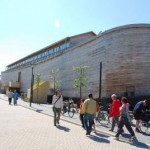 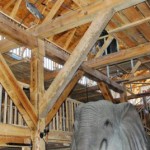 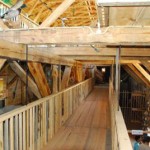 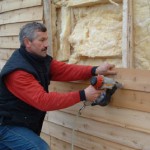 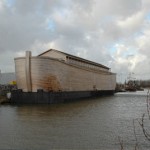 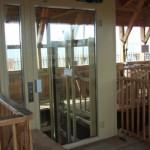