Live from the red carpet! Faith warrior
Press the button 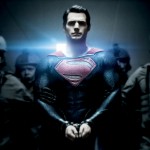 What have Superman and Jesus in common?

That’s a good question – considering that the makers of the latest Superman movie – “Man of Steel” – were actively promoting and marketing the movie to Christian pastors and churches this summer.

Warner Bros, the studio behind the movie, provided sermon outlines for churches that draw parallels between Superman and Jesus. In both stories, the “superheroes” are sent from their father from another world and live a modest life until extraordinary times require their supernatural response. Both are wrongly accused and have to sacrifice themselves to save the world from death and destruction.

Not surprisingly, this sparked a debate whether it would be appropriate to use these materials in church. A funny, quick summary of the “Man of Steel” plot was given by Mark Driscoll earlier this year – you can watch it here: http://www.youtube.com/watch?v=L6pVRv_SnPc.

I recently however came across an interesting Superbook/Man of Steel mash-up trailer.

It’s using the original soundtrack of the Man of Steel movie trailer but shows visuals and scenes from the new Superbook series by CBN. It works surprisingly well!

Whilst I don’t think churches should use their pulpit as a Marketing platform for the latest Warner Bros movie, I can thoroughly recommend the Superbook series for any Christian children’s worker or ministry. We’ve been using the new series for over a year now in Sunday school at our church and the kids absolutely love the animations and Bible stories.

When Superbook’s original series was launched in the 1970s in Japan, it managed to draw a weekly audience of nearly 4 million each week and helped the Bible to be catapulted to the number 1 spot of the bestseller lists.

My childhood, too, was quite impacted by the old Superbook series so I’m excited about it now being able in a re-imagined version for a new generation.

For more information and to get your copies of the DVDs please visit http://superbookdvdclub.com/ or http://www.cbn.com/superbook/index.aspx.

4 Responses to “What have Superman and Jesus in common?”