Strawinsky and the mysterious house

A magical adventure inspired by the Chronicles of Narnia, Walt Disney animated musicals and the parables by Jesus Christ

Join Strawinsky, the little mole, and his three friends Harald, Elbo and Klopstock as they discover an old, dilapidated mansion in the middle of a secret forest.

They start exploring the house and encounter strange inhabitants such as a depressed cello, a manic troll and an overweight creature that is addicted to the books in its basement.

As Strawinsky – the hero of the story – tries to solve the mysteries surrounding the house, his friends get trapped in the underground library.

It’s up to Strawinsky to find a way to break the dark spell and help his friends to escape from the evil lurking within the mysterious house.

For more information and other offers visit www.strawinsky.net 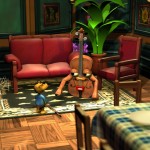 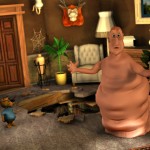 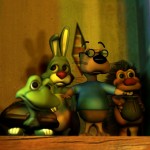 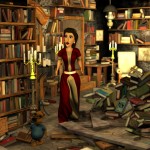 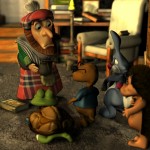 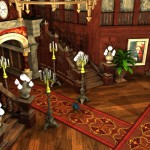 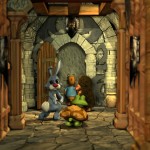 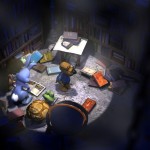 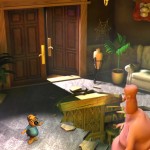 Fantastic film! Really impressed. You must be really pleased to see the reaction of the audience. Will pray that it has an impact spiritually on those who watch it. I think it’s pitched about right in terms of the message. The graphics are amazing!
Josh Rowles

Massive kudos to David Hutter for an amazing and professional film! 5 long challenging but well spent years i think 🙂 proud of you
Andrew Baker

I’ve just downloaded and read the comics and booklet. Absolutely stunning! So am really looking forward to the DVD.
Maya Van Rossum

Congratulations! What an amazing achievement, it was such a great evening, and a very thought provoking film, I can’t wait to show it to children at school and hear their reaction! We’re working on inference and deduction, should be a great place to start discussion!
Anna Haasjes

Not only was your film great but I am also really enoying reading your booklet. What amazes me is how much effort and determination it must have taken to see this project through – so many people would have given up! It just shows what can be achieved with vision and hard work. Well done!
Louise Moore

Just to say again how much of loved your film. We’ve seen it couple of times at home since! I’ve just finished reading the booklet – great to know the story behind the film (and the man!). So impressed by your vision and dedication, and also challenged to think about my media consumption! thanks again…
Debbie Turnbull

You did such a wonderful job on the film!! I never in a million years thought one person could animate something like that. I appreciate your (5 years) of hard work on the film.
Dossell Sinclair

I read and enjoyed the booklet you included, giving your story and information about your life and how you came to make the video. I enjoyed it very much. So good to know more about you. Also, good to know there is still God’s “remnant” who know and hold to the truth even in our two countries where the majority of people are straying so far from God’s standards with no thought or regard (or knowledge) of His commandments and His will and way. I was blessed to read of your faith.
Linda Cawthon

My grandbabies and I watched it last evening. They were so excited to have a new movie. Dave—what a delightful story and adorable animation. Well done. My grandbabies (7 and 5) loved all the characters. The duration of the movie was perfect for short attention spans! “Let’s watch it again!” is what they said when it was over.
Barbara Bradley

I’ve reviewed your DVD today and also read through your notes which I found fascinating as a history of your journey so far. […] I’ve not see such high quality animation from a UK based originator before which I think is a great testimony to your diligence and skill as an animator. You should definitely pursue this avenue as you obviously have a considerable passion for it. The animal characters are adorable and I like the way you have tried to keep authenticity in their movements for example with the rabbit hopping along. The story hangs together quite well and there is enough to keep an young mind engaged for the whole 30 minutes.
Malcolm Down, Authentic Media

I finally had a chance to watch your dvd this morning on my computer! I can definitely see all of the hard work that went into it, especially through some of the details like all of the morphs of the blob character. I’m still scratching my head as to how you did a few of those! ;o) I was also pleasantly surprised by all of the musical numbers! I think you’re surrounded by a lot of pretty talented people over there! I think you did a really good job creating the atmosphere of the video, including the outdoor areas and the library. I especially liked the lighting inside the library. The message of the video wasn’t immediately clear and I was having trouble seeing how it would tie in (because I knew there would be a Christian tie-in, I was probably looking for it too soon), but then as the video progressed the message became very clear! By the end of the video there wasn’t a doubt in my mind who the characters were or who they represented. I think the message was very accurately and very clearly conveyed. Thank you again for sending me a copy of the DVD! I’ll get my kids to watch it on their computers sometime soon as well. I think it was effort and time very well spent and you should be very proud of such an accomplishment!
Scott Cawthon

Artist Profile: David Hutter (Ashford, UK)
David is the founder of the Hope Animation website. Next to working as a multimedia developer, designer and e-learning consultant, David is passionate about using new media and film to communicate the relevance of the Gospel to a 21st century audience. He has recently completed work on his first feature animation “Strawinsky and the mysterious house” and is currently preparing for future projects.
For more information visit www.davidhutter.com