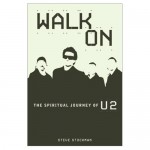 Impacting our culture through art and media

“Art and media are the means and the bridge over which the current philosophy of the philosophers reaches the general culture.” “Whoever controls the media controls the culture.” – Francis Schaeffer

I’ve recently come across this interesting quote: “The Christian Church has put a spiritual hierarchy on jobs. Ministers and missionaries are on top. Then perhaps doctors and nurses come next, and so on to the bottom, where artists appear. Artists of whatever kind have to compromise everything to entertain. Art is fluffy froth that is no good in the Kingdom of God. What nonsense. The place Christians need to be to make an impact is at the forefront of the music industry, where the most influence is exerted.” (Steve Stockman, Walk On – The Spiritual journey of U2).

I found reading about this quite fascinating as we artists from Hope Animation continually struggle with finding a right balance between Christian content and entertainment. It also made me wonder whether the church is encouraging and preparing a new generation of believers to step out and impact the culture through music, film and media? If the most influence is exerted through music, art, media and films why are so few Christians working in this field or preparing for a career in this industry?

Later in the book Steve Stockman continues: “The Bible uses a wide array of creative ways to communicate truth: law, history, poems, songs, literature, lament, prophesy, proverbs, dreams, angels, miracles, parables, preaching, epistles and visions. When the evangelicals of the world decided that the Word preached was God’s most efficient way of communicating, they overlooked the fact that when Jesus was born, God was saying, among other things, that those ways were not sufficient and that the Word had to become flesh (John 1:1, 14). God’s Word is much more than words. Modernity coerced Christianity into taking the flesh and making it into words again. Art suffered. It was not clearly defined and conclusive kind of rationalism. It left feelings hanging. Stories or songs might stress some points of theological truth and fail to cover other aspects of the Gospel. They missed the fact that Jesus left the crucial doctrine of atonement out of the Parable of the prodigal son (Luke 15: 11-32).”

This really encouraged me as my vision for Hope Animation is to create a series of parable based animations in increasing quality that explains a lot of spiritual principles in a way that is very accessible to a Christian and Non-Christian audience and is also a lot of fun to watch. The first part of this series – Strawinsky and the mysterious house – should be available later this year and draws a lot from the classical Disney story telling principles. We aim to also release some materials that allow you to explore the themes in more detail with your Sunday School, Youth Group or in your own time, building on Jesus’ example: “But when he was alone with his disciples, he explained everything.” In the meantime though, feel free to visit www.hopeanimation.com to view some of our already completed animations!